Today is meant for relaxing and shopping in Santa Fe. In the morning to a fairly large outlet mall. Some of the brand names have their factory outlets here. Whether at Van Heusen, Tommy Hilfiger, Ralph Lauren, Nike or others, you can leave quite a bit of money. Is also tempting, if at a good […]

We now leave Durango and with it Colorado behind us. We continue to Santa Fe and on our way to Bisti/De-Na-Zin Wilderness. The Bisti/De-Na-Zin National Park is rather less known. Unjustly as it seems to me. It offers a bizarre landscape that needs to be explored on foot. But one after the other… After Farmington […]

Today, a day trip to Mesa Verde is on the agenda. The Anazasi Cliff Dwellings there are among the largest of their kind. A bit quieter than planned, the only way leads on foot to the Spruce House. The Mesa Top View loop is done by car. The back thanks it. In the evening I […]

Today we will go from Moab to Durango. For the 320 miles we will probably need about 8.5 hours. First stop is Cisco Ghosttown. Here we were 30 years ago looking for gasoline for the motorhome. At that time it was not yet a ghost town and there was a gas station, but it was […]

Got up at 4 o’clock. Quickly a cigarette in front of the door and – oh wonder – there are stars to see. That can only mean clear visibility and the best conditions for the sunrise. Next fag a little later and… no stars and the trees opposite disappear also so slowly in the fog. […] 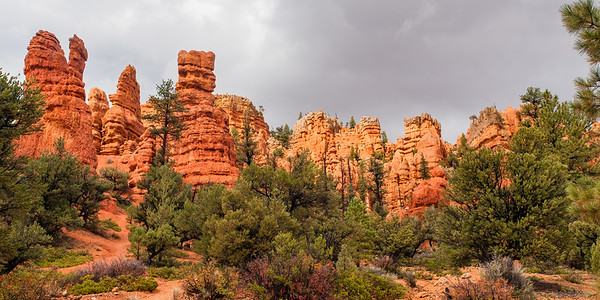 The day in Bryce Canyon becomes, as already feared, a disaster. Rain, rain, rain. During the night there was a lot of lightning. Twice we thought the cabin would collapse. Some of the cars in front of the rooms have started their alarm system… That was quite a crash, too, gentlemen. Bryce Canyon is in […] 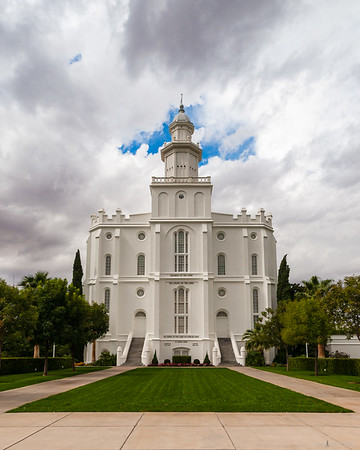 So, let’s go. On to Bryce Canyon. Not seen 30 years ago, but probably a must for any Southwest tour. On the way a side trip to St. George to see “The Church of Jesus Christ”. It’s not as big as in Salt Lake City, but it’s on the way. Shortly after the mountains at […]

Las Vegas is not so the Abräumer during the day. Once on the Strip and looked, but that is not so tingly. Later then rather to the falling darkness loose. The pools in the hotel are already closed. It is also October and thus winter. It was the same in El Paso. But the weather […]

The outbound flight is unproblematic. From Hamburg at 07:05h with the BA machine to London and then at 09:55h from there on to Los Angeles. Of course, 15h without a cigarette break for smokers are not so easy, but it works. Only now and then to stand in the plane, that must be. Otherwise you […]

This website uses cookies to improve your experience while you navigate through the website. Out of these cookies, the cookies that are categorized as necessary are stored on your browser as they are essential for the working of basic functionalities of the website. We also use third-party cookies that help us analyze and understand how you use this website. These cookies will be stored in your browser only with your consent. You also have the option to opt-out of these cookies. But opting out of some of these cookies may have an effect on your browsing experience.
Necessary immer aktiv
Necessary cookies are absolutely essential for the website to function properly. This category only includes cookies that ensures basic functionalities and security features of the website. These cookies do not store any personal information.
Non-necessary
Any cookies that may not be particularly necessary for the website to function and is used specifically to collect user personal data via analytics, ads, other embedded contents are termed as non-necessary cookies. It is mandatory to procure user consent prior to running these cookies on your website.
SPEICHERN & AKZEPTIEREN
Follow